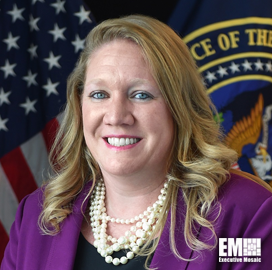 Deirdre Walsh, chief operating officer of the Office of the Director of National Intelligence (ODNI), is slated to depart from ODNI after more than two years in her current role, Politico reported Friday. Walsh will take on an undisclosed position after serving across roles of increasing responsibility at ODNI for more than a decade, the office confirmed Friday.

Prior to assuming the COO post in 2018, Walsh served as ODNI’s director of legislative affairs where she oversaw congressional coordination activities and advised senior leaders on related matters for four years.

She also spent time at the National Reconnaissance Office (NRO) as deputy director of congressional and public affairs and served as a liaison for the House of Representatives earlier in her career.

Walsh’s announcement comes after Nick Ciarlante, a staffer for Rep. Devin Nunes, R-Calif., was appointed deputy to the ODNI COO this week.