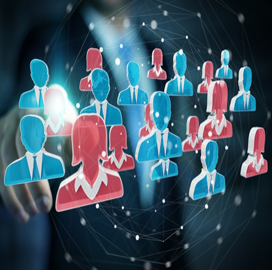 Russel Vought and Michael Rigas, the respective acting directors of the Office of Management and Budget and Office of Personnel and Management, have issued a memo on plans to return to normal government operations.

Vought and Rigas wrote in the joint memo dated April 20 that the “Opening Up America Again” program is aimed at implementing a three-phase approach to reopening the government based on a set of “gating criteria”.

According to the memo, state and local governments must ensure that influenza and COVID-like cases trend downward within two weeks without decreasing the number of tests before returning to normal operations.

Governments must also make sure that local hospitals “have the capacity to treat all patients without crisis care” and that a robust testing program is in place for healthcare workers.

Once the criteria are met, government leaders may proceed to developing near- to mid-term mitigation strategies. Agencies may continue leveraging telework capabilities until normal operations are fully feasible to ensure the continuity of government services, the memo states.