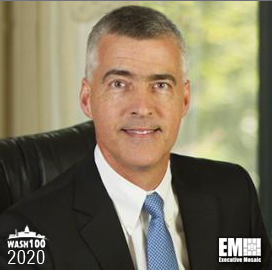 Maximus has announced that its Board of Directors has authorized the expansion of purchases of the company’s common stock of up to an aggregate of $200 million, including the remaining balance from the 2018 authorization of $37.2 million as of March 17, 2020, the company announced on Thursday.

“We view this step as a thoughtful and disciplined approach to capital allocation that is beneficial to shareholders and a pillar of our long-term strategy,” commented Bruce Caswell, 2020 Wash100 Award recipient, Chief Executive Officer and president of Maximus.

In 2018, the Maximus Board of Directors authorized the purchase of up to an aggregate of $200 million of the Company’s common stock. Past Maximus purchases under the 2018 plan through December 31, 2019, were 870,426 shares of MAXIMUS common stock for approximately $55.8 million.

In the current quarter, Maximus has purchased an additional 1,716,200 shares for $107 million, bringing the total number of shares purchased to 2,586,626 for $162.8 million. Maximus has planned to purchase shares opportunistically at prevailing market prices, through open market or privately negotiated transactions, depending upon market conditions.

Purchased shares will be held in the treasury and used for general corporate purposes such as issuance under employee stock plans.

“We remain committed to the execution of our strategic priorities to drive shareholder value and this includes the opportunistic purchase of Maximus common stock,” added Caswell.

Since 1975, MAXIMUS has operated under its founding mission of Helping Government Serve the People®, enabling citizens around the globe to successfully engage with their governments at all levels and across a variety of health and human services programs.

MAXIMUS delivers innovative business process management and technology solutions that contribute to improved outcomes for citizens and higher levels of productivity, accuracy, accountability and efficiency of government-sponsored programs. With more than 30,000 employees worldwide, MAXIMUS is a proud partner to government agencies in the United States, Australia, Canada, Saudi Arabia, Singapore and the United Kingdom.