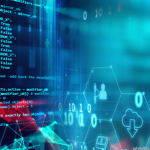 Some federal information technology leaders are warding off security fears by advancing the use of open-source tools like GitHub in software development, FCW reported Friday.

Yemi Oshinnaiye, deputy chief information officer at the U.S. Citizenship and Immigration Services, talked about other people’s skepticism about the security of open-source tools and the challenge of convincing colleagues to advance the use of GitHub.

"It was a fight. It wasn't easy, I think it took about a year and some change, but then we said we're starting to use GitHub," Oshinnaiye said. "Now I have a repository where I'm going to put scripts for infrastructure, scripts for development and scripts for security in one place. Now that's revolutionary. It's very simple, but it's revolutionary."

"We're open source for the way we develop, and the Smithsonian actually has a GitHub account … so if your enterprise adopts it, that's like the No. 1 great thing," said Manuel. "And then for the tools, open source is free, so it's really cost effective."