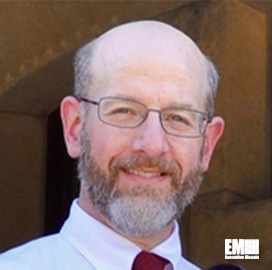 Microsoft and the National Oceanic and Atmospheric Administration (NOAA) have partnered to integrate Azure and AI capabilities to protect and research ice seals in Alaska, Microsoft announced on Wednesday.

“We had daily handovers of hard drives between Seattle and Redmond to get this done. But the cloud makes it possible to work with all that data and train AI models, so that’s how we’re able to do this work, with Azure,” said Dan Morris, principal scientist and program director for Microsoft’s AI for Earth Program.

Moreland’s project combines AI technology with improved cameras on a NOAA turboprop airplane that will fly over the Beaufort Sea north of Alaska in April and May of 2020. The cameras will scan and classify imagery to produce a population count of ice seals and polar bears that will be ready in hours instead of months with the integrated technology.

While there are existing models to recognize people in images, the research and development of the joint aerial detection technology marks the first model to recognize seals in real-time aerial photography. NOAA scientists had classified in previous surveys, which enabled technologists to efficiently train the AI models to recognize which photographs and recordings contained mammals and which didn’t.

“There’s basic information that we just don’t have now, so getting it will give us a much clearer picture of the types of responses that may be needed to protect these populations,” said Jon Kurland, NOAA’s assistant regional administrator for protected resources in Alaska. “In both cases, for the whales and seals, this kind of data analysis is cutting-edge science, filling in gaps we don’t have another way to fill.”