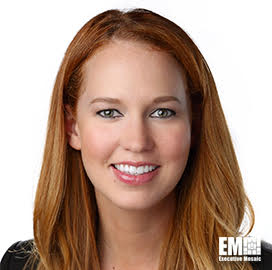 IBM Security has released the results of a new poll, the IBM Harris Poll, that examined company preparedness for dealing with cyberattacks, the company reported on Thursday.

"The data in this new study suggests local and state employees recognize the threat but demonstrate overconfidence in their ability to react to and manage it. Meanwhile, cities and states across the country remain a ripe target for cybercriminals," said Wendi Whitmore, VP of Threat Intelligence, IBM Security.

The report covered cyberthreats within the 2020 elections, public education and U.S. government. The study found that 73 percent of government employees surveyed are concerned about impending ransomware threats to cities across the country and fear of cyberattacks to the respective community than natural disasters and terrorist attacks.

The IBM Harris Poll study found 63 percent of respondents are concerned that a cyberattack could disrupt the upcoming elections, with the majority of government employees placing their local Board of Elections among the top three most vulnerable systems in their communities.

Public schools have also emerged as a growing target for cybercriminals in 2019, ranking as the 7th most targeted industry in IBM's X-Force Threat Intelligence Index. Of respondents within the public education sector, 44 percent said they hadn't received basic cybersecurity training, and 70 percent said they hadn't received adequate training specifically on how to respond to a cyberattack.

Within the government sector, the report stated that government employees claimed they had seen more improvements than not, and nearly 70 percent concluded that employers are currently taking the threat of cyberattacks seriously.

"The emerging ransomware epidemic in our cities highlights the need for cities to better prepare for cyberattacks just as frequently as they prepare for natural disasters," added Whitmore.

IBM Security offers one of the most advanced and integrated portfolios of enterprise security products and services. The portfolio, supported by world-renowned IBM X-Force® research, enables organizations to effectively manage risk and defend against emerging threats.

IBM operates one of the world's broadest security research, development and delivery organizations, monitors 70 billion security events per day in more than 130 countries, and has been granted more than 10,000 security patents worldwide.