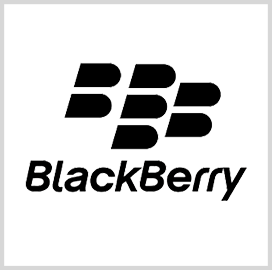 BlackBerry Limited has released its annual 2020 Threat Report, the company announced on Wednesday.  The report has examined the most prevalent techniques and tactics and has provided guidance organizations can leverage to mitigate risk.

"New techniques to obscure malicious payloads and distribute attacks across multiple organizations paid off for threat actors in 2019," said Eric Cornelius, chief technology officer at BlackBerry Cylance. "With the increasing ease of access to attack toolkits combined with the explosion of endpoints connected to organizations' networks, the global threat landscape for emerging threats will only continue to escalate in 2020."

BlackBerry focused on threats facing automotive and retail industries. The researchers noted that as more vehicles become connected, the attention given to potential outcomes of cyberattacks on vehicles increases, and attacks against this sector are anticipated to grow.

The report concluded that the industry must continue investing in cybersecurity processes and secure connected software to ensure public trust in the transportation technologies of the future. The researchers also found that retail and wholesale remained the most targeted sectors, where almost a quarter (23%) of all retailers suffered a compromise of sensitive financial information.

In addition, BlackBerry noted that technology is where attacks typically have a focus on stealing intellectual property and 26 percent were victims of ransomware specifically. Healthcare organizations were also more likely to pay ransoms than other industries due to the critical nature of the targeted data.

"Threat intelligence on APT groups can help organizations understand who is attacking their enterprise, and the actor's mode of operations and motives, in order to be more proactive in protecting vulnerable systems against advanced threats," said Brian Robison, Chief Evangelist at BlackBerry Cylance.

BlackBerry (NYSE: BB; TSX: BB) is a trusted security software and services company that provides enterprises and governments with the technology they need to secure the Internet of Things. Based in Waterloo, Ontario, the company is unwavering in its commitment to safety, cybersecurity and data privacy, and leads in key areas such as artificial intelligence, endpoint security and management, encryption and embedded systems.