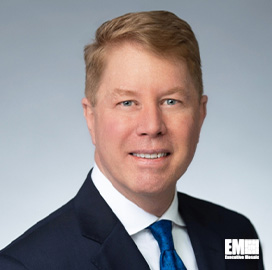 John Stopher, former principal assistant to the secretary of the U.S. Air Force (USAF) for space policy, has joined the Prague Security Studies Institute as a senior fellow in the space security program to assist space security, the institute announced on Friday.

“Current efforts to work with allies in space span from research and development, to education, training, and exercises, to interoperability and sharing data…We need to be able to build international coalitions based on our joint values. This will hopefully minimize the likelihood of a crisis in space,” said Stopher.

Stopher will bring his experience in intelligence, technology and space to the role. He has worked as the principal assistant of the USAF between April 2018 and June 2019. He conducted all space-related matters and served as the headquarters Air Force official for space matters.

He supervised planning, policy, strategy, international relations and space interagency relations. Stopher has also served as deputy under secretary with the USAF for space between 2017 and 2018.

Prior to 337 Omega, Stopher worked as the budget director and senior technical staff for the U.S. House of Representatives between 1998 and 2007. He began the House Permanent Select Committee on Intelligence (HPSCI) work as a program monitor for the National Reconnaissance Office (NRO) and the National Geospatial-Intelligence Agency (NGA).

Additionally, he was the director Subcommittee on Technical and Tactical Intelligence, which focused on the authorization and oversight of all technical programs in the intelligence community.

He began his career in 1988 with Eastman Kodak where he worked as a systems engineer on advanced imaging systems, including optics and image processing in the Hawkeye Works facility. He served in the role until Aug. 1990.

The mission of the Prague Security Studies Institute is to help safeguard and strengthen the individual freedoms and democratic institutions of the countries in Central and Eastern Europe and beyond. The Institute also seeks to illuminate select unconventional threats emanating from authoritarian governments that challenge the transatlantic alliance and other partners globally, especially in the economic & financial and space domains.

PSSI is dedicated to the education and training of new generations of security-minded students and young professionals, including through its programmatic activities and growing academic network in the Czech Republic and abroad.