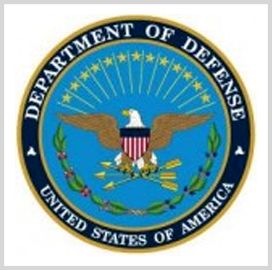 Patterson is a retired U.S. Air Force colonel who previously served as an executive at Boeing and at the University of Tennesee’s National Defense Business Institute, the White House said Monday.

Earlier in his career, he worked at DoD as principal deputy undersecretary for comptroller and special assistant to the deputy defense secretary. He served as an Air Force pilot between 1970 and 1993.