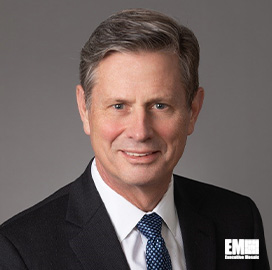 Niel Golightly has been named senior vice president of Communications for Boeing (NYSE:BA) as of Jan. 1st, 2020, the company announced on Dec. 23.

Golightly, who succeeds Anne Toulouse, will report to interim CEO Greg Smith until Jan. 13 when he will begin serving President and CEO David Calhoun. In addition, he will serve on the company's executive council out of Chicago.

"Niel shares our values of safety, quality and integrity…He brings a deep passion for aerospace and Boeing's mission. We are excited to welcome Niel to the team as we work together to safely return the 737 MAX to service, restore trust with our key stakeholders around the globe, and continue to build our future,” said Smith.

Most recently, he served as Global Chief Communications Officer for Fiat Chrysler Automobiles (FCA) from Dec. 2018 and Dec. 2019. He was responsible for developing and implementing FCA's overarching corporate communications strategy, overseeing media relations, leadership and employee communications and working alongside the company's CEO and leadership team.

Prior to his tenure with FCA, Golightly held various leadership positions for Royal Dutch Shell between 2006 and 2018 in which he developed the long-term, cross-business strategy to meet rapidly changing market and stakeholder expectations in the U.S. for cleaner energy.

He also worked with the Ford Motor Company for twelve years, and ascended from various roles in Communications to become the director of Sustainable Business Strategies in 2004.

In addition, Golightly served the U.S. Navy for fourteen years as a division officer, advanced jet flight instructor and fighter pilot. He was a speechwriter for the Chairman of the Joint Chiefs of Staff Colin Powell.

Boeing is the world's largest aerospace company and leading provider of commercial airplanes, defense, space and security systems, and global services. As the top U.S. exporter, the company supports commercial and government customers in more than 150 countries.

Boeing employs more than 150,000 people worldwide and leverages the talents of a global supplier base. Building on a legacy of aerospace leadership, Boeing continues to lead in technology and innovation, deliver for its customers and invest in its people and future growth.