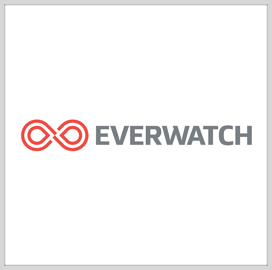 EverWatch announced on Monday that Greg Dixon, retired Lieutenant Commander of the U.S. Navy, has joined the company’s management team as the president of EverWatch’s Computer Network Operations (CNO).

“I’ve had the pleasure of working with Greg at Essex-Windermere and KeyW, and I am looking forward to partnering with him again as EverWatch works to solve some of the Community’s most difficult cyber problems,” said Fred Funk, Chief Growth Officer of EverWatch.

With more than 15 years experience in the sector, Dixon has extensive knowledge of cybersecurity, intelligence system development, integration and operations as well as extensive experience leading and growing high functioning CNO businesses in support of national security.

Dixon served KeyW Corporation’s CNO and cyber operations practice for over a decade. He was a kay factor in Jacobs Engineering acquiring the company. In addition, Dixon has also worked for Northrop Grumman and served in the U.S. Navy for almost 22 years.

As a leader in the industry, he has served on the Executive Committee of the Intelligence and National Security Alliance (INSA) and is an active member of the Association of Old Crows (AOC) and the Armed Forces Communications and Electronics Association (AFCEA).

“As we continue to grow and scale the EverWatch platform, it is critical that we add new capabilities in high growth markets,” said Jason Rigoli, Partner of Enlightenment Capital, which backs EverWatch. “CNO is one of those areas, and Greg is an industry leader capable of building EverWatch’s presence in that space,” Rigoli added.

EverWatch is a government solutions company providing advanced defense, intelligence, and deployed mission support to our country’s most critical missions. The company has approximately 400 employees, nearly 100% of which hold government security clearances. Primary customers include the Office of the Undersecretary of Defense for Intelligence (OUSDI), the Intelligence Community, the Air Force, the Department of State, and the Department of Justice. The company is headquartered in Ashburn, VA with operations in Columbia, MD and Aurora, CO and has employees deployed in five continents.