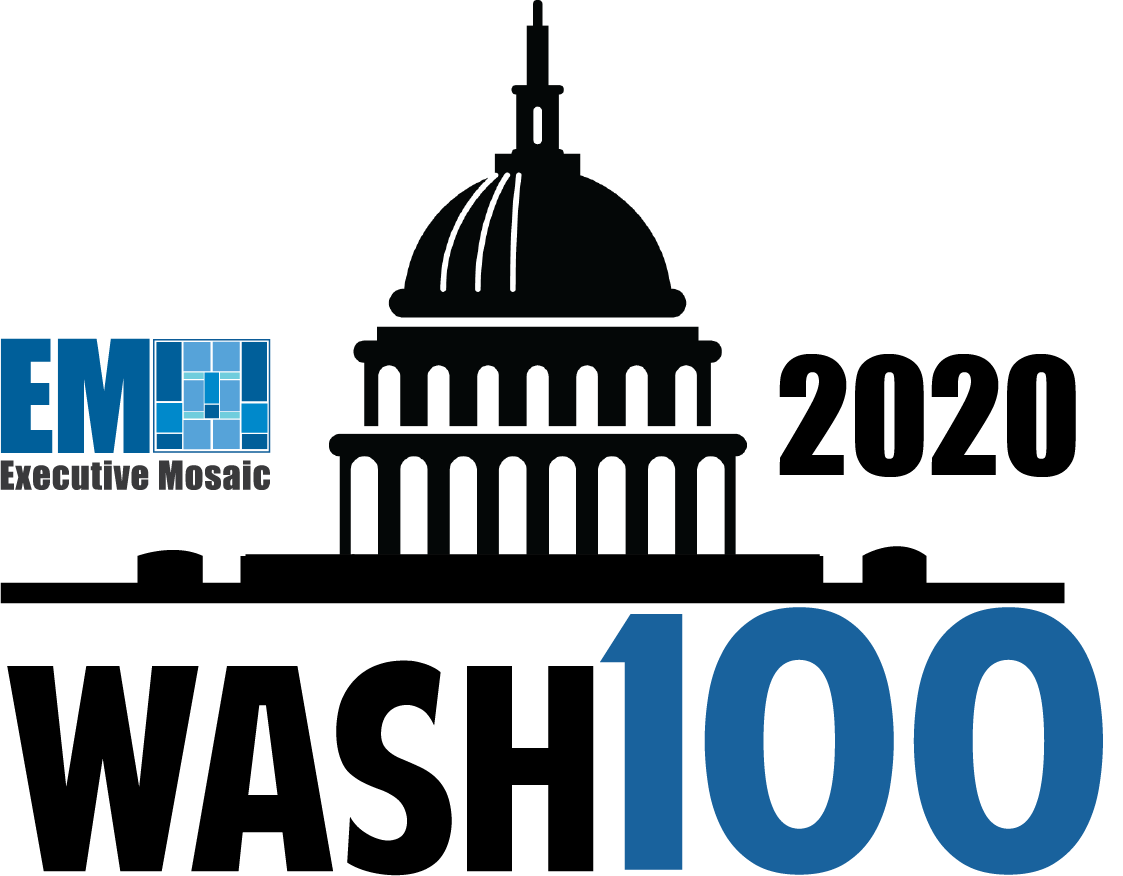 Executive Mosaic has opened nominations for the prestigious 2020 Wash100 Award. Nominations will be accepted through January 10th. To make a nomination, visit www.wash100.com.

For the second year, Executive Mosaic will be accepting nominations to include individuals working for government contractors, government policy groups, higher education institutions and industry-related organizations.

The coveted Wash100 Award is now in its seventh year and is awarded proudly to those distinguished GovCon executives that have demonstrated excellence in the following five key attributes: leadership, innovation, reliability, achievements, vision.

More than that, the award is given based on those key players most likely to accomplish executive performance of consequence, in the year to come.

To the credit of the selection committee, the Wash100 has performed as a reliable forecast of accomplishment, since its inception, to select the true leaders of the year ahead in GovCon.

"The annual Wash100 Award recognizes the premier GovCon executives of consequence and showcases the high esteem these individuals enjoy from their colleagues in the industry,” Jim Garrettson, Executive Mosaic's founder and CEO.

Following Executive Mosaic’s nomination process, the full list of winners will be announced on Jan. 22nd. 2020. Click here to submit your nomination for the 2020 Wash100 Award.