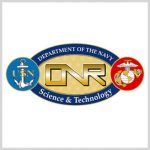 The U.S. Navy‘s Office of Naval Research has launched a program that seeks to facilitate the rapid delivery of new technology platforms to U.S. Marines and sailors.

“NIPA will start in one department of one Navy command, but its principles could become a catalyst across the fleet and force,” Carlin added.

ONR based the program on the H4X problem-solving method, which the Defense Department and other government agencies use to confront innovation challenges with the use of an evidence-based and data-driven process.