As one of the world’s biggest purchasers of goods and services, the government offers the best growth opportunities for businesses, no matter their size. And in turn, the businesses’ progress also benefits the nation’s greater good. When the COVID-19 ravaged the entire world, the federal government and the contractors worked together to help the country recover.

For the past five years, the government contracting industry has continued its upward trend, especially regarding its government spending budget. And according to Kevin Plexico, Senior Vice President For Information Solutions at Deltek, it is still projected to rise even higher in the coming years.

How much money does the federal government spend on contracts?

To protect and promote the American people’s lives, the federal government spent its resources on mobilizing government contractors. And since the nation’s problems continue to evolve, the government continues to increase its federal spending and thus, turning this into a hundred billion dollar industry.

In 2020, the government spending ballooned to $682 billion. This is a significant jump from FY 2019’s $599 billion. And over the years, this figure has continued to change. Take a look at the federal contract spending trends for the past five years.

What are the government’s contract spending trends for the past 5 years? 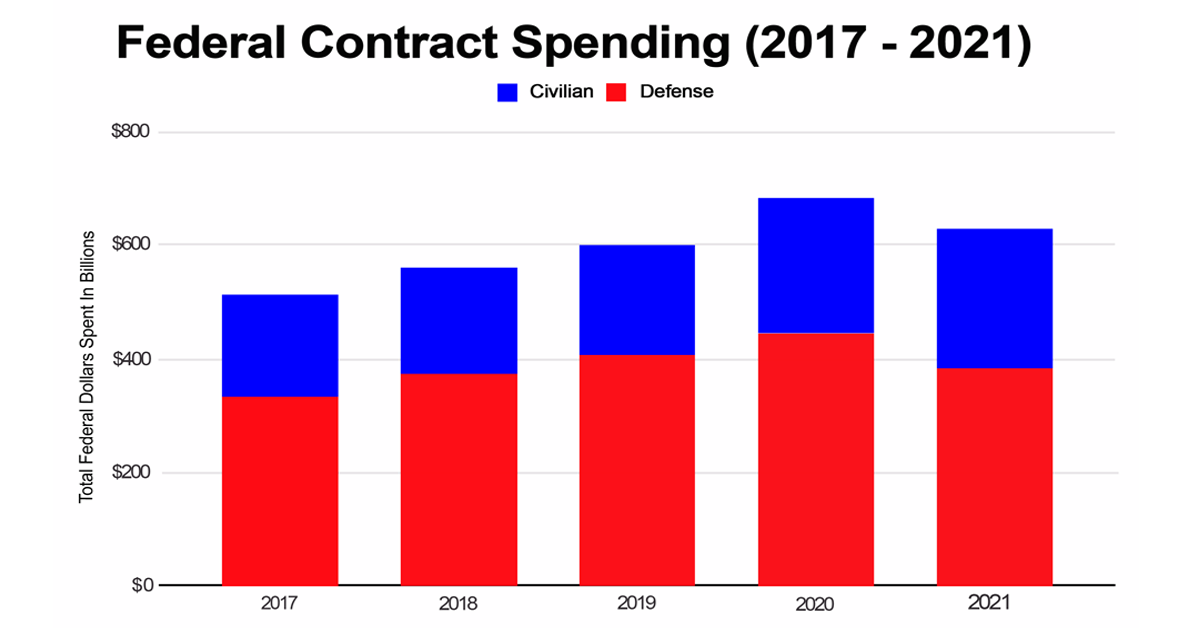 It is very evident how federal agencies rely on contractors, given how the industry has enjoyed consistent growth over the past few years. This upward trend peaked in 2020 during the height of the COVID-19 pandemic, which was driven by the country’s push for research and development of COVID-19 vaccines, and procurement and distribution of medical supplies and pharmaceuticals.

Since 2017, federal agency spending for civilian agencies has grown to 36%. And among these civilian agencies, the Department of Health and Human Services (HHS) topped the list of the civilian agency with the most federal contract spending in 2020. On top of that, a massive chunk of the federal spending dollars went to defense contracts. This trend remained from 2017 until 2021.

However, the continuous upward trend was disrupted in 2021. Since the government is easing into the New Normal, pandemic-response contracts have dwindled. But, it remained to be the second-highest federal contract spending since 2017, totaling $629 billion. 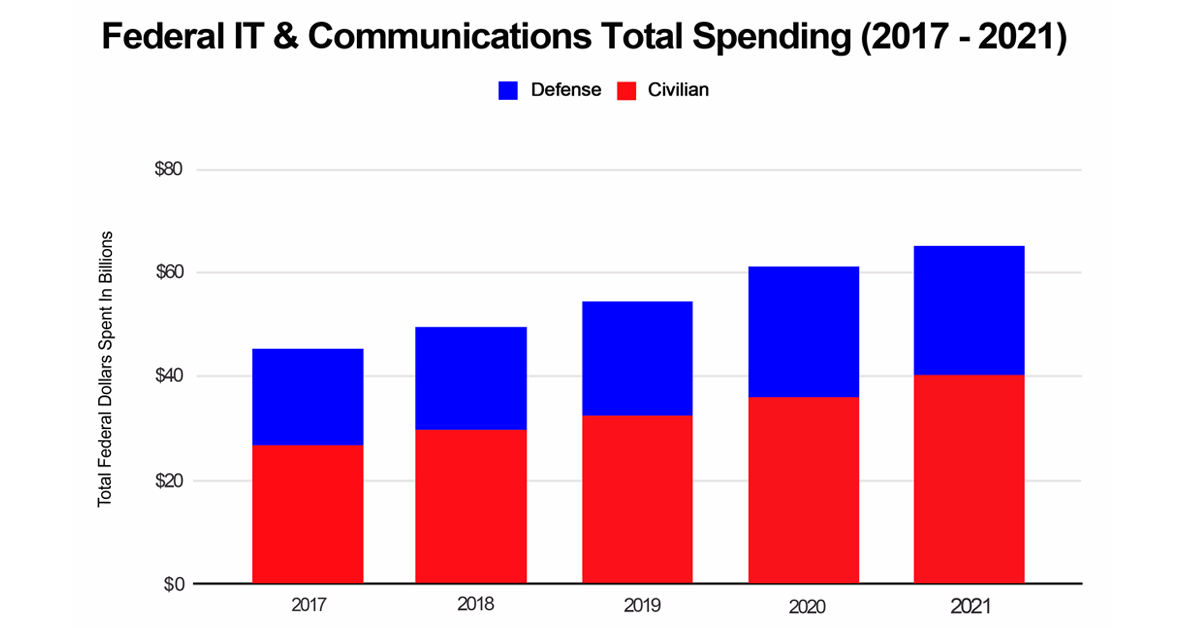 For the past five fiscal years, the federal contract spending in these industries grew consistently. And with a remarkable 43% growth since 2017, the Federal IT and Communications industries will inevitably see an influx of government contractors who will all vie for a federal contracting opportunity.

The federal government’s continued investment in IT hardware and solutions, telecommunications, cloud services, and cyberspace security significantly contributed to 2021’s remarkable numbers. These efforts are forecasted to spill over to 2022, especially with the new funding sources and huge contract opportunities just around the corner. 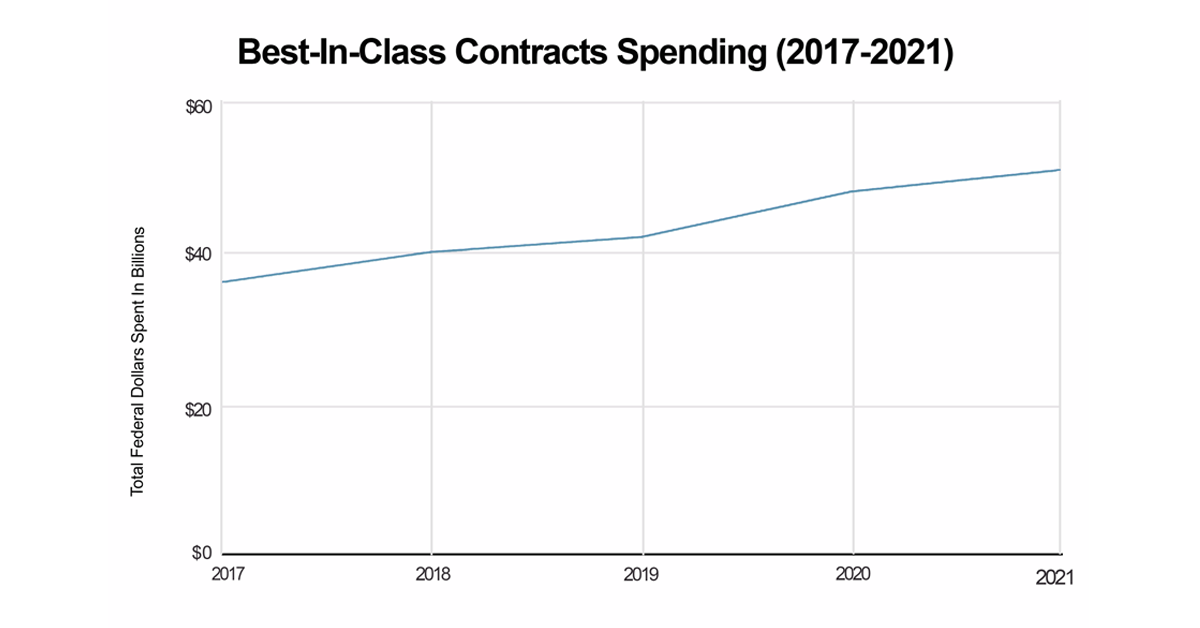 Best-In-Class (BIC) are government-wide contracts that satisfy the stringent category management performance criteria of the Office of Management and Budget (OMB). This government contract vehicle aims to provide favorable pricing to federal agencies and boost the efficiency of the entire procurement process.

The main drivers of BIC’s record-breaking federal spending are the defense agencies, particularly the Defense Logistics Agency (DLA) and the Air Force. Civilian agencies, such as the Veterans Affairs, Homeland Security, and Health and Human Services, contributed immensely to BIC’s increase. 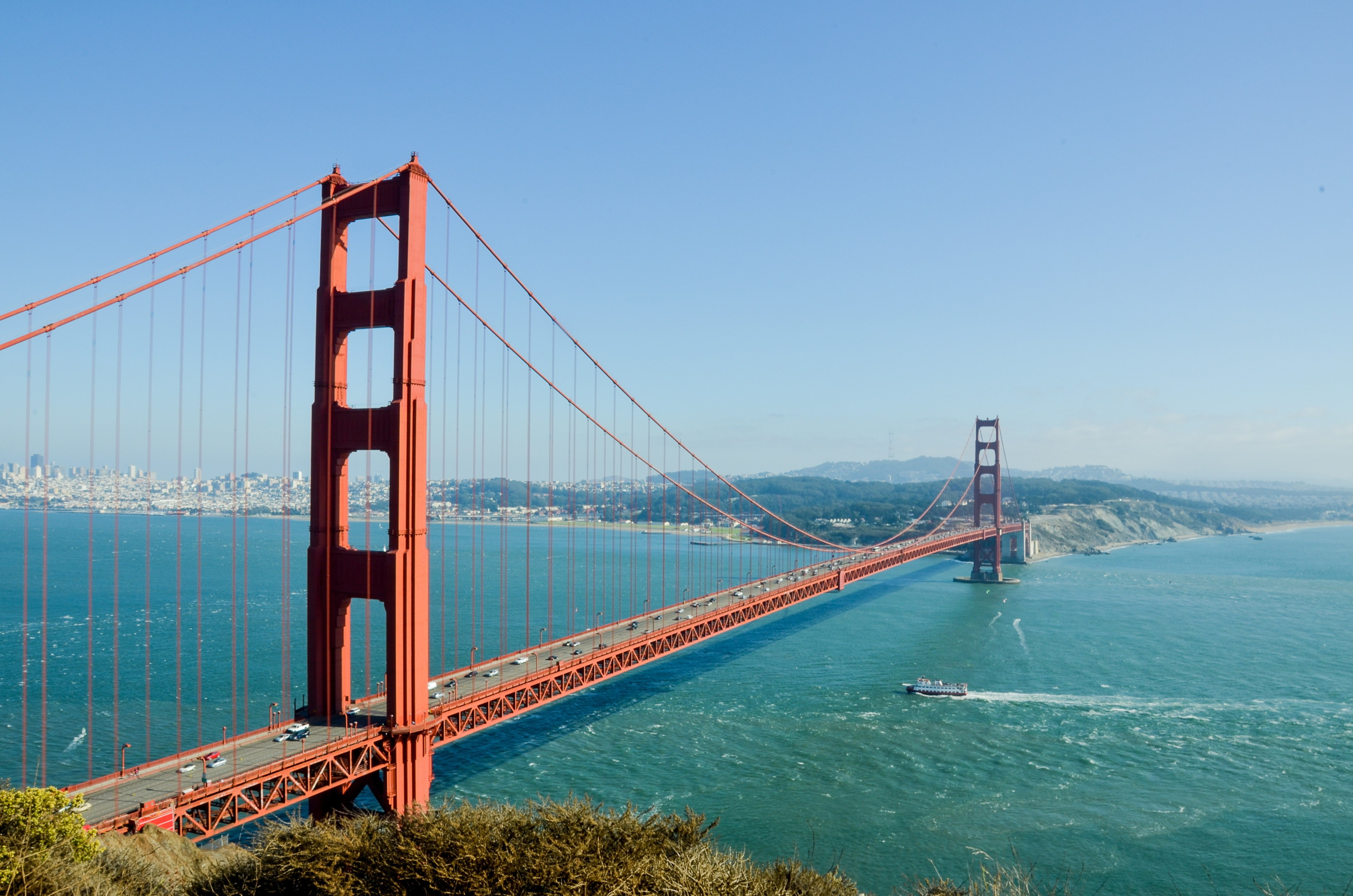 A look into the future: 2022 opens more opportunities for federal contractors

Dubbed as a once-in-a-generation trillion-dollar investment by the government, this newly signed law aims to bolster its infrastructures, provide clean water to more American households, connect its people to high-speed internet connectivity, and even combat the climate crisis.

Several mammoth projects will be available in the coming months with the Infrastructure Investment and Jobs Act in full swing. Keep your eyes peeled because contracting opportunities will open up for all types of businesses—from large corporations to humble small businesses.

In Bloomberg Government’s newly published 2022 Playbook, 20 promising contracting opportunities will be up for grabs this fiscal year. And most of the required services for those contracts fall under the Federal IT and Professional Services industry.

Following the findings in Deltek’s Clarity Government Contracting Industry Study, where 70% of interviewed small business owners are optimistic about their future, it is therefore expected that this positive feeling will carry over to 2022. 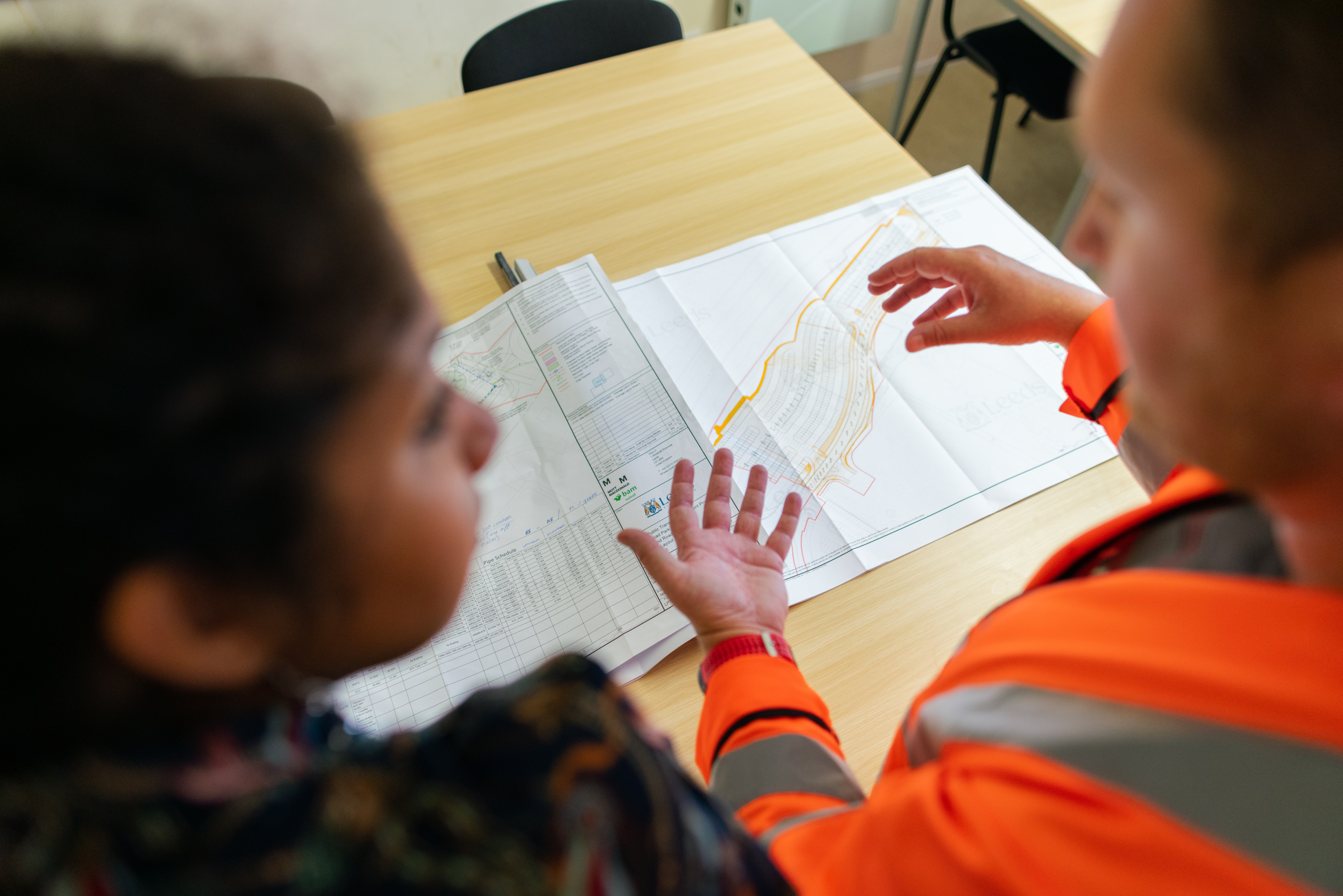 Are you ready to become a government contractor?

The world of government contracting is made up of a tangled web of stringent and convoluted processes that can easily overwhelm any. However, earning lucrative profits and making a name for yourself in the industry can overweight these tribulations.

Given the upward trend of this market for the past five years, you have to ensure that your business is in tiptop shape to compete for your next government contract. Here is a list of guides that can help you out in this undertaking: