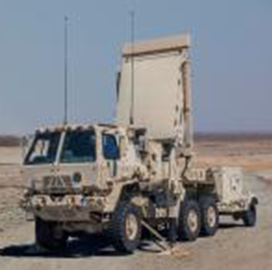 The U.S. Army has received a version of a Lockheed Martin-made radar powered by Gallium Nitride that boosts the sensor's reliability and range.

Mekker said the GaN upgrade will allow the Army to constantly tailor the system in response to changing requirements.

Q-53 is designed to identify and track enemies for the protection of deployed troops. Operators may use the radar in either 360- or 90-degree modes.

Lockheed delivered the GaN radars under a contract issued in 2018.