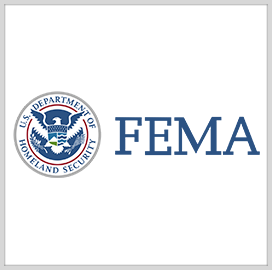 The Federal Emergency Management Agency (FEMA) has launched a dashboard tool to visualize frequently requested agency data as part of its Enterprise Data Analytics Modernization Initiative, Federal News Network reported Wednesday. FEMA officials will conduct quarterly analyses through the “FEMA by the Numbers” tool and update elements such as points of contact as necessary.

Amber Noel, analysis and communications branch chief at FEMA’s Enterprise Analysis Division, said at a prior Tableau-hosted webinar that the agency launched EDAMI to replace its current analytics system and drive efforts to improve financial transparency at the state and county levels.

FEMA also intends to provide insight into its work with partners like the Army Corps of Engineers in critical activities such as the detection of power generators and fuel resources during natural disasters, she said. In addition, FEMA wants to address citizens’ inquiries into its non-disaster operations such as pre-disaster mitigation and preparedness grant funding.