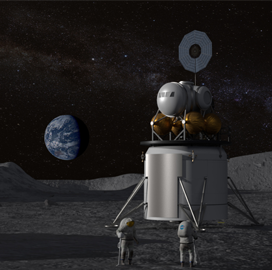 NASA has introduced its new Innovative Advanced Concepts (NIAC) Program that will integrate emerging technologies to enable faster trips to Mars and robotic exploration of the ocean, the administration announced on Wednesday.

“NIAC is an innovative program that encourages researchers – and the agency – to think outside of the box for solutions that could overcome challenges facing future science and exploration missions,” said Walt Engelund, deputy associate administrator for programs within NASA’s Space Technology Mission Directorate (STMD).

NASA’s program, which invests in early-stage technology ideas from the administration, industry and academic researchers across the country, has selected 23 potentially revolutionary concepts with a total award value of $7 million. Among the selections are 16 new concepts and seven studies that previously received at least one NIAC award.

A mission concept to image Earth-like planets outside of the solar system was selected for a Phase III study. Slava Turyshev, a researcher at NASA’s Jet Propulsion Laboratory in Pasadena, California, will receive a $2 million grant to further mature the concept and related technologies.

Turyshev has outlined the feasibility of a solar gravity lens to enable enhanced viewing of planets orbiting other stars, known as exoplanets, during his Phase I and Phase II NIAC research. He also developed a mission architecture that uses multiple small spacecraft and solar sail technology to propel them to their target destination 50 billion miles from Earth.

He has uploaded to the preprint archive arXiv in February 2020, which has suggested the phenomenon could allow us to get strikingly detailed images of distant Earth-like planets.

“In the strong interference region of the SGL, this light is greatly amplified, forming the Einstein ring around the Sun, representing a distorted image of the extended source,” Turyshev noted in his research.

Turyshev stated that NASA researchers have to carry a “meter-class telescope with a solar coronagraph” to an extraordinary distance from the Sun. For perspective, Voyager I is currently only about 123 astronomical units away from Earth has reached the edges of the solar system in 2012, the furthest we’ve ever sent a man-made object.

To keep costs low and feasibility as high as possible, Turyshev suggests that a “swarm architecture for smallsats” with solar sails for power could fly out, along the SGL, to observe “multiple planets/moons of an exosolar system” at the same time.

The selected Phase I and II studies will explore the overall viability of a technology and develop them into mission concepts. Areas researchers will study include mapping asteroids and other small bodies in the solar system with hopping probes, making on-demand pharmaceuticals in space, and extracting water on the Moon.

Several of the concepts could inform capabilities relevant to NASA’s Artemis program, which will land the first woman and next man on the Moon in 2024 and establish a sustainable presence on and around the Moon by 2028.

“This is only the third study selected for Phase III funding in the history of the program,” said NIAC Program Executive Jason Derleth. “We’re excited by its potential to bring us closer to imaging an exoplanet in detail, at a resolution comparable to the well-known Apollo 8 Earthrise photo.”

NASA selected the proposals through a peer-review process that evaluates innovation and technical viability. All projects are still in the early stages of development, with most requiring a decade or more of technology maturation, and are not official NASA missions.

NIAC will support visionary research ideas through multiple progressive phases of study. Phase I studies will receive $125,000 and are nine-month efforts. Eligible recipients of Phase I awards can submit proposals for a follow-on Phase II study.

Selected Phase II researchers will receive $500,000 grants to further develop their concepts for up to two years. Phase III is designed to strategically transition NIAC concepts with the highest potential impact for NASA other government agencies or commercial partners. Phase III researchers will receive $2 million grants to develop and mature their mission concept over two years.

“We’re excited about the new concepts and to see how additional time and resources advances the research selected for follow-on Phase II and III studies,” added Engelund.