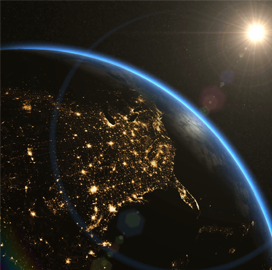 NASA has earmarked over $7 million for 23 studies as part of a three-phase initiative that could help support the Artemis mission as well as future efforts to establish long-term human presence on the moon.

The agency said Wednesday it allocated $125,000 for selected phase one proposals to undergo a nine-month prototyping period under the  NASA Innovative Advanced Concepts program.

Phase two participants will get $500,000 to continue concept development for up to two years, while phase three studies will receive $2 million to mature and transition their concepts into actionable missions within two years.

Proposals selected for NIAC’s first two increments include asteroid mapping technologies and other capabilities built to support in-space pharmaceutical development and water extraction on the moon. NASA also chose a study focused on using imaging technologies to visualize Earth-like planets beyond the solar system for the third phase.

Sixteen of the awardees are new NIAC participants, while seven proposals previously secured at least one grant under the program.