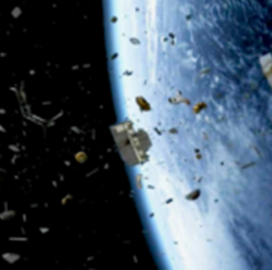 The House Science Committee has called on the Federal Communications Commission to delay an April 23 vote on its updated space debris regulations, SpaceNews reported Friday.

The FCC on April 2 issued its draft “Mitigating Orbital Debris in the New Space Age” regulations, which would allow the commission to deny licenses to companies operating satellite networks with a collective collision risk of more than 1 in 1,000. Under the proposed rules, satellites orbiting above 400 kilometers should be equipped with propulsion systems or other collision avoidance platforms.

“Regulatory action by the FCC at this time, without clear authority from Congress, will at the very least create confusion and undermine the [FCCs] work, and at worst undermine U.S. economic competitiveness and leadership in space,” the lawmakers wrote in an April 15 letter to FCC Chairman Ajit Pai. Reps. Eddie Bernice Johnson (D-Texas), the House panel’s chair, and Frank Lucas (R-Okla.), ranking member of the committee, signed the letter.

The Aerospace Industries Association wrote a letter to the FCC, saying the proposed regulations “lack transparency and objectivity and would likely confuse, discourage, and disincentivize the continued growth of the U.S. satellite industry.”

The Satellite Industry Association said more discussion is needed between the space sector and the FCC on the “rationale for deviations from the [U.S. government’s Orbital Debris Mitigation Standard Practices].”