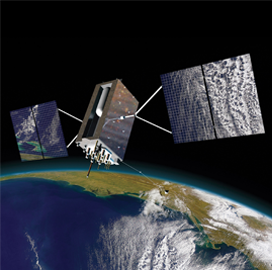 The chairmen and ranking members of House and Senate Armed Services Committees have asked the Federal Communications Commission to retract its approval of Ligado Networks’ application saying the company’s proposal poses a threat to the country’s GPS capabilities, economy and national security.

“The problem here is that Ligado’s planned usage is not in the prime mid-band spectrum being considered for 5G — and it will have a significant risk of interference with GPS reception, according to the National Telecommunications and Information Administration,” the lawmakers wrote in an opinion piece published Wednesday on Defense News.

The FCC on Monday cleared Ligado’s application to use the L-band spectrum to field a low-power terrestrial network in support of 5G and internet-of-things services.

The lawmakers urged FCC to work with NTIA, the departments of Defense and Transportation and other federal agencies to seek ways on how to safeguard national security assets ad back commercial broadband expansion. They also asked the commission to address DoD’s concerns prior to moving forward.