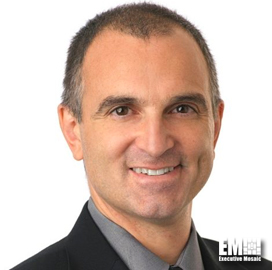 Regeneron Pharmaceuticals has announced that the U.S. Food and Drug Administration (FDA) has accepted for Priority Review a new Biologics License Application (BLA) for REGN-EB3, an investigational triple antibody treatment for Ebola virus infection, the company announced on Thursday.

The REGN-EB3 BLA is supported by data from the randomized, controlled PALM clinical trial conducted in the Democratic Republic of Congo. Regeneron stopped the trial in Aug. 2019 once preliminary results showed that REGN-EB3 crossed the pre-specified superiority threshold for preventing death compared to the control arm, ZMapp.

REGN-EB3 demonstrated greater efficacy compared to ZMapp across multiple measures, including reduced mortality and fewer days until the Ebola virus was no longer detected in the bloodstream.

Regeneron’s VelociSuite technologies will enable the efficient creation and selection of potent fully-human antibodies against a specific biological target, which will be critical to address both new and quickly-spreading pathogens such as Ebola and COVID-19.

Once strong therapeutic antibody candidates are identified, the company’s in-house preclinical, clinical and commercial-scale manufacturing capabilities allow for fast scale-up and flexibility to adapt to current needs. REGN-EB3 has received Orphan Drug and Breakthrough Therapy designation from the FDA.

The technologies have been developed under an ongoing collaboration and with funding provided by the Biomedical Advanced Research and Development Authority (BARDA), part of the office of the Assistant Secretary for Preparedness and Response within the U.S. Department of Health and Human Service.

“Regeneron is now applying this same approach to develop an antibody medicine that can potentially prevent and treat COVID-19, with initial clinical trials expected to begin in June,” Yancopoulos added.

Regeneron (NASDAQ: REGN) is a leading biotechnology company that invents life-transforming medicines for people with serious diseases. Founded and led for over 30 years by physician-scientists, our unique ability to repeatedly and consistently translate science into medicine has led to seven FDA-approved treatments and numerous product candidates in development, all of which were homegrown in our laboratories. Our medicines and pipeline are designed to help patients with eye diseases, allergic and inflammatory diseases, cancer, cardiovascular and metabolic diseases, pain, infectious diseases and rare diseases.

Regeneron is accelerating and improving the traditional drug development process through our proprietary VelociSuitetechnologies, such as VelocImmune, which uses unique genetically-humanized mice to produce optimized fully-human antibodies and bispecific antibodies, and through ambitious research initiatives such as the Regeneron Genetics Center, which is conducting one of the largest genetics sequencing efforts in the world.