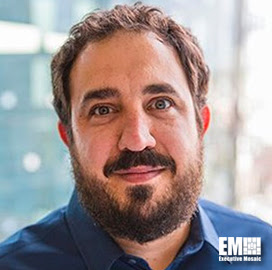 Amazon Web Services has announced the opening of the AWS Cape Town, Africa Region, growing the company’s availability to 73 zones within 23 geographic regions around the world, AWS reported on Wednesday.

“We have a long history in South Africa and have been working to support the growth of the local technology community for over 15 years. In that time, builders, developers, entrepreneurs, and organizations have asked us to bring an AWS Region to Africa and today we are answering these requests by opening the Cape Town Region,” said Peter DeSantis, Senior Vice President of Global Infrastructure and Customer Support, AWS.

AWS Regions are composed of Availability Zones, which each comprise of one or more data centers and are located in separate and distinct geographic locations with enough distance to significantly reduce the risk of a single event impacting business continuity.

Each Availability Zone has independent power, cooling, and physical security and is connected via redundant, ultra-low-latency networking. AWS customers focused on high availability can design their applications to run in multiple Availability Zones to achieve even greater fault-tolerance.

AWS infrastructure regions will deliver the highest levels of security, compliance and data protection. With the new region, customers with data residency requirements and customers looking to comply with the Protection of Personal Information Act (POPIA), can now store content in South Africa with owner retention assurance of data and it will not move unless the customer chooses to move it.

The AWS Africa Region will add to Amazon’s ongoing investment in South Africa. Amazon first established a presence in Cape Town, setting up a Development Center in 2004, to build pioneering technologies focused on networking, next-generation software for customer support and the technology behind Amazon EC2.

In 2015, Amazon expanded its presence in the country, opening an AWS office in Johannesburg, with significant and growing teams of account managers, business development managers, customer services representatives, partner managers, professional services consultants, solutions architects, technical account managers, and many more to help customers of all sizes as they move to the cloud.

In 2017, the Amazon Global Network expanded to Africa through AWS Direct Connect, and in 2018, Amazon established its first infrastructure on the African continent, launching Amazon CloudFront locations in Johannesburg and Cape Town, South Africa, followed in 2020 by an edge location in Nairobi, Kenya.

“The cloud is positively transforming lives and businesses across Africa and we are honored to be a part of that transformation,” added DeSantis.