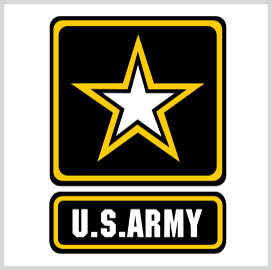 U.S. Army officials have said the service branch aims to deliver updated technology platforms to the warfighter on schedule despite supply chain and safety factors that have affected some of its modernization programs during the COVID-19 crisis, the Army News Service reported Friday.

“The current estimate is we will deliver the capability by the time we said we would deliver that capability to our Soldiers, which is first unit equipped.” Gen. John Murray, head of Army Futures Command and a 2020 Wash100 Award recipient, told reporters at a press briefing Thursday.

The branch will also work to ensure fielding of its Next-Generation Squad Weapon within two weeks after the selected vendors deliver their prototypes, according to Murray.

Ryan McCarthy, secretary of the Army and a 2020 Wash100 awardee, cited at the same briefing event the defense industry’s efforts to manage cost, schedule and performance in weapons development projects.