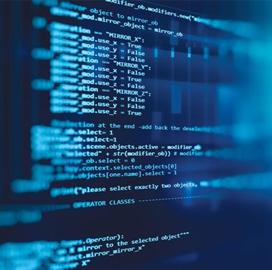 Some U.S. military personnel took joined their counterparts in six other countries to guard information technology networks and exchange data to avoid cyber attacks during a multinational exercise that took place in Bangkok.

"The cyber exercise is the opportunity to bring six nations together to work on … what is the most critical component from the multinational force's perspective of, in at least this exercise, modern warfare," Silves said.

During the activity, some cyber teammembers were defending a self-contained network while others acted as "red team" adversaries attempting to breach the network.

The exercise was part of Cobra Gold 2020, which occured from Feb. 24 to March 6 and sought to help multinational forces address regional security objectives.