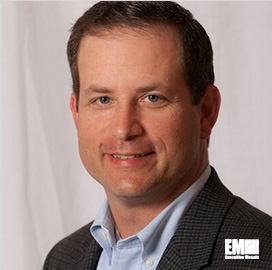 Raytheon Company has completed the first round of testing of the first partially populated radar antenna array for the U.S. Army's Lower Tier Air and Missile Defense Sensor (LTAMDS), the company announced on Tuesday.

Raytheon completed the LTAMDS test less than five months after the U.S. Army contracted the company to build the defense system to defeat advanced threats, including hypersonic weapons. Raytheon performed LTAMDS calibration of its primary antenna array in an indoor, climate-controlled test range.

The company additionally evaluated its performance against simulated targets. After the test concluded,  the radar will be mounted on a precision-machined enclosure for integration and further evaluation. It will then commence testing at an outdoor range against real-world targets.

The LTAMDS consists of a primary antenna array on the front of the radar, and two secondary arrays on the rear. The radar antennas work together to enable operators to simultaneously detect and engage multiple threats from any direction, ensuring there are no blind spots on the battlefield.

LTAMDS' primary array is approximately the same size as Raytheon’s Patriot radar array, but will more than double the Patriot's performance. In addition to the U.S. Army's Integrated Air and Missile Defense system, the radar will also enable Raytheon to preserve previous Patriot investments.

"Raytheon and our supplier partners continue to make the right investments in people, technology and manufacturing capability to ensure we meet the U.S. Army's Urgent Materiel Release," added Laliberty.

Raytheon announced that it completed the first LTAMDS antenna array in Feb. 2020. The company worked with hundreds of technology suppliers nationwide to produce the Lower Tier Air and Missile Defense Sensor platform.

Raytheon Company, with 2019 sales of $29 billion and 70,000 employees, is a technology and innovation leader specializing in defense, civil government and cybersecurity solutions. With a history of innovation spanning 98 years, Raytheon provides state-of-the-art electronics, mission systems integration, C5I® products and services, sensing, effects, and mission support for customers in more than 80 countries. Raytheon is headquartered in Waltham, Massachusetts.

You might be interested in
Guidehouse Strengthens Financial Services, IT Offerings With Grant Thornton Acquisition; CEO Scott McIntyre Quoted