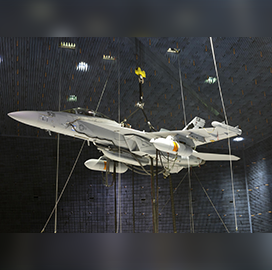 The U.S. Navy trialed the performance of its Raytheon-made, mid-band jammer prototype in a three-month testing period.

EA-18G Growler aircraft would use the dual pod NGJ-MB system to perform electronic attack while airborne.

The service branch plans to begin flight tests of the system with the Air Test and Evaluation Squadron in spring this year.