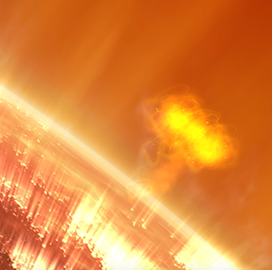 NASA works to understand the formation of sun-based weather storms in space and in turn protect astronauts from solar radiation. The space agency said Monday that it will deploy six CubeSat satellites to further study solar particle storms under the Sun Radio Interferometer Space Experiment, scheduled to launch on or after July 1, 2023.

SunRISE has $62.6 million of funds to finance design, construction and launch activities. The effort’s results would better inform NASA on how to traverse space amid solar radiation.

“We are so pleased to add a new mission to our fleet of spacecraft that help us better understand the Sun, as well as how our star influences the space environment between planets,” said Nicky Fox, director of NASA’s heliophysics division.

SunRISE underwent a nearly one-year concept study after the mission’s selection in 2017, then gained approval in 2019 to continue. The University of Michigan in Ann Arbor leads the project, under the management of NASA’s Jet Propulsion Laboratory.