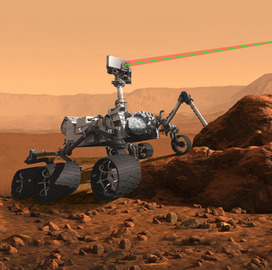 NASA has attained new technical milestones towards the launch of Perseverance, the rover that would explore the red planet for the Mars 2020 mission.

A team of technical personnel integrated a couple of components that Perseverance requires to collect and transport samples from Mars to Earth, NASA's Jet Propulsion Laboratory said Thursday.

The California-based laboratory delivered Perseverance in February to Kennedy Space Center where the rover underwent additional installations and testing.

Earlier this month, the team installed the motor-powered adaptive caching assembly that uses a handling arm to gather samples from the red planet's surface. The arm moves sample tubes across the rover's coring drill and storage space.

The team also completed the installation of the bit carousel, a mechanism that offers drill bits for rock sampling.

"With the addition of the Adaptive Caching Assembly and Bit Carousel, the heart of our sample collection system is now on board the rover," said Matt Wallace, JPL's deputy project manager for the Mars 2020 mission.

Perseverance's launch would commence between July 17 and Aug. 5. NASA expects the rover to reach Mars' Jezero Crater on Feb. 18 next year.