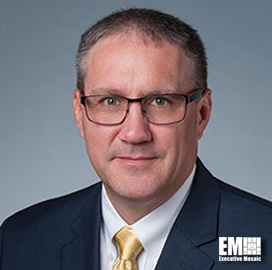 Frank St. John, the current executive vice president of Lockheed Martin's Rotary and Mission Systems (RMS) business, was elected by the board to serve as chief operating officer (COO), effective June 15, the company announced on Monday.

In his new role with Lockheed Martin, St. John will be responsible for the strategic, operational and financial performance of all the corporation's lines of business, including Aeronautics, Rotary and Mission Systems, Space and Missiles and Fire Control St. John will also supervise the corporation's entire portfolio of products and capabilities totaling almost $60 billion in sales.

Headquartered in Bethesda, Maryland, Lockheed Martin Corporation is a global security and aerospace company that employs approximately 110,000 people worldwide and is principally engaged in the research, design, development, manufacture, integration and sustainment of advanced technology systems, products and services.