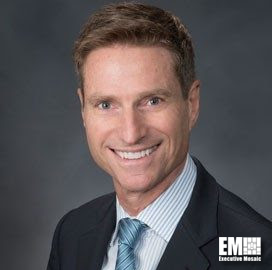 The Board of Directors of Lockheed Martin has appointed James Taiclet as president and CEO, effective June 15, the company announced on Monday.

Taiclet will continue to serve as a member of the corporation's board, which he joined in 2018. He has served as chairman, president and CEO of American Tower Corporation since 2004 and CEO since 2003.

In his role with American Tower Corporation, the company grew significantly and increased its market capitalization from approximately $2 billion to approximately $100 billion. Taiclet guided the American Tower’s transformation from a primarily U.S. business to a global player in its industry, with significant assets and operations in 19 countries.

At McKinsey & Company, Taiclet specialized in telecommunications and aerospace strategy and operations from July 1991 to February 1996. He began his career as a United States Air Force officer and pilot.

"I'm honored to be asked to succeed one of the most respected CEOs in America. While serving on Lockheed Martin's board, I've not only been impressed by the company's continued growth as a leader in aerospace & defense but also by the dedication and commitment of Marillyn and Lockheed Martin employees to deliver for its customers," said Taiclet.

Headquartered in Bethesda, Maryland, Lockheed Martin Corporation is a global security and aerospace company that employs approximately 110,000 people worldwide and is principally engaged in the research, design, development, manufacture, integration and sustainment of advanced technology systems, products and services.