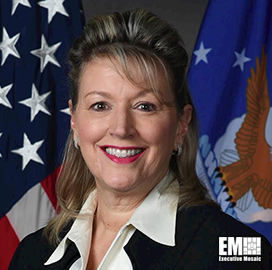 “There are various missions that the Air Force supports, but to me, there was one overarching goal which was to support the warfighter,” she said.

Janning-Lask began her USAF career in the late 80s as an engineer. She went on take up technical and business leadership roles in the service branch.

“I want to create an environment for limitless growth,” she said about her goal as the directorate's new leader.

The director is also part of the senior executive service.