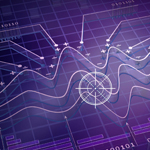 A group of researchers from SRI International and the U.S. Army created a benchmark for deep neural networks that can evaluate the reliability of artificial intelligence and machine learning systems.

Brian Jalaian, a scientist at the Army Combat Capabilities Development Command, said in a statement published Monday the metric will potentially help the service branch develop secure machine learning methods that can be utilized in precision fire, decision support and command and control platforms.

“Our approach is versatile and can be added as an additional block to many of the Army’s modern algorithms using modern machine learning algorithms that are based on deep neural networks used for visual imagery,” said Jalaian.

Army researchers are working to build containerized algorithms that will gauge the reliability of algorithms within various applications. Jalaian noted the team is studying the resiliency of neural network models and variants of generative models that can protect AI systems from enemy manipulations.