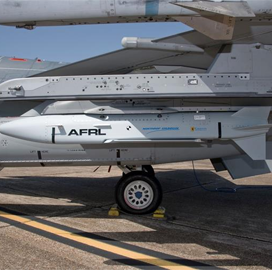 AFRL partnered with Northrop Grumman and Technical Directions to design and develop the TDI-J85 engine and associated cruise missiles.

The laboratory said the engine exceeded fuel efficiency and thrust performance expectations during the test. AFRL noted that it wants cruise missiles designed to operate at a range more than 250 nautical miles to support various missions.

AFRL intends to use testing data to incorporate the turbojet engine in flight test vehicles.

“As part of the weapon system integration and demonstration phase, the team will modify and verify the interfacing operating software, perform captive flight test and conduct a missile release test to demonstrate the low-cost cruise missile concept,” the laboratory said.