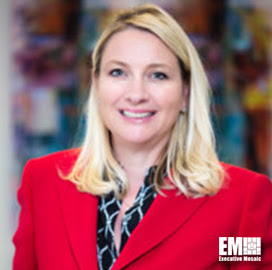 Under the BPA, the Air Force will receive support from multiple service providers, including C2SCG to architect, deploy, provide cloud security, and provide Data and Application Migration Services to the service branch.

C2SCG’s LevelUp Cloud Services contract will directly support the U.S. Air Forces overarching IT Strategy of PlatformOne that will drive innovation and technical advances within the Air Force.

In addition to the company’s BPA announcement, C2SCG officially became a Google Cloud Partner, strengthening the company’s C2SCG position for government agencies and commercial companies as a global cloud provider, in Feb. 2020.

Through the partnership, C2SCG will gain further credibility as a preferred partner of global cloud platforms. The company has also projected an acceleration of the company’s growth trajectory. Prior to becoming a Google Cloud Partner, C2SCG established additional partnerships with Adobe, Amazon Web Services, Microsoft and Oracle, furthering the company’s technical expertise, continuous learning and customer service.

“We are pleased to expand our partnerships to include Google Cloud’s global infrastructure and continuous data, services, and machine learning innovations,” Daly added.

The BPA will cover a set of services intended to help the LevelUP software hub to incorporate DevOps and DevSecOps approaches into integration and testing of government cloud and hybrid systems at different classification levels.

C2S Consulting Group is a leader in providing exceptional cloud computing and migration services supporting the U.S. Intelligence Community, DoD, and Federal Civilian Agencies. We are known for our distinct approach leveraging cloud migration, DevOps, architecture, and IT business strategies to deliver the best solutions for our customers’ specialized needs.