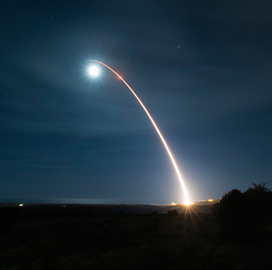 “The Minuteman III is aging, and modernization programs such as this are essential in ensuring that our nation has a reliable nuclear deterrent through the rest of its lifespan and beyond,” said Col. Omar Colbert, who commands the 576th Flight Test Squadron.

FTU 2 follows the first that underwent testing last year. Two more FTU tests will take place years to come. The departments of Defense and Energy work together as part of the ICBM community to leverage data gathered from these tests.