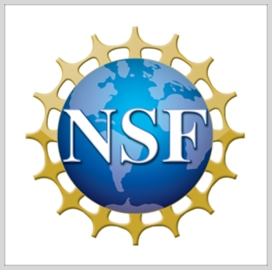 Experts spoke at the National Science Foundation’s 70th anniversary symposium to tackle issues on federal research and development, FCW reported Friday. Discussions revolved around the importance of collaboration to address these issues.

He said at the National Science Foundation’s 70th anniversary symposium that projects, such as the Massachusetts Institute of Technology's Transiting Exoplanet Survey Satellite effort, relied on private investment.

NASA, at that time, did not have the funds to finance the MIT-led project, but came back to offer support after Kavli Foundation's initial investment, Conn noted as an example.

Paul Dabbar, the undersecretary of energy for science, also shared insight on issues faced by government researchers. Dabbar said they often are affected by barriers that limit the sharing of ideas.

He cited the Human Genome Project as an example of how collaborative work helped researchers overcome these barriers.

"It started off behind a fence, but [researchers] ultimately ended up working with [the University of California] Berkeley, the National Institutes of Health and others to get it done on a partnership basis," the undersecretary said.