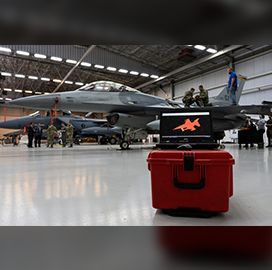 Air Education and Training Command has partnered with other major U.S. Air Force commands in an effort to build a competency-based training system for career enlisted aviator and aircraft maintainer positions.

“ITP will work to identify and utilize new technologies to teach to these occupational competencies while also implementing new methodologies for training that is learner-centric,” said Masoud Rasti, chief of force development strategy and technical adviser at AETC.

Rasti added the command is looking to adopt mixed and hands-on training equipment such as the Microsoft-built HoloLens 2 headset.