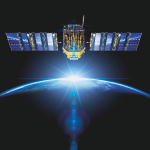 “If the U.K. and U.S. can foster even deeper cooperations, our world-class armed and security forces can work together to withstand the threats of today and tomorrow,” Mark Sedwill, cabinet secretary and national security adviser for the U.K., said in a U.K. defense ministry document.

The U.K. is advancing space capability development efforts and one of those initiatives is Team Artemis, which is composed of U.S. and British defense personnel. The Royal Air Force is spending more than $33M on the program to bring into low-Earth orbit a network of small satellites designed to transmit data and high-resolution video to fighter aircraft.

Gil Klinger, vice president of space and intelligence programs at Raytheon, said the U.K. is addressing the challenges related to space warfighting.

“The U.K. made a conscious decision that it needs to engage in a renaissance of its national space capabilities and it has aggressively moved in that direction in a way that really is sort of stunning in a positive sense,” Klinger said. “It’s 360 degrees of activity and every space sector is based on collaboration."