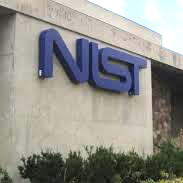 The first draft, released in September, defines zero-trust security as the shift from wide network perimeters to micro-perimeters around smaller resources.

Scott Rose, a computer scientist at NIST, said at a Duo Security event in Washington, D.C. that the new publication will deploy vendor-neutral definitions and a conceptual framework for zero-trust security.

NIST also intends to issue follow-on references to cover the integration of the zero-trust approach to identity management, microservices and technologies like artificial intelligence and machine learning, he noted.

According to Rose, NIST is planning to conduct a demonstration project for zero-trust methods in spring. A test lab under the agency has begun recreating security architectures deployed by other agencies and the financial sector as part of research efforts on the security approach.