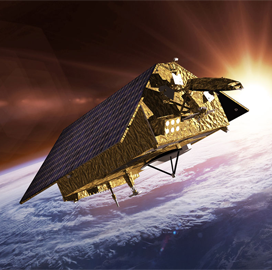 NASA has renamed an ocean observation satellite that will operate to carry out high-precision altimetry measurements through 2030.

Named in honor of a retired scientist from NASA's Earth science division, the Sentinel-6 Michael Freilich is slated to take off at the fall and will explore the potential effects of global warming to oceans, Jet Propulsion Laboratory said Tuesday.

"Together with other missions of the European Union's Earth Observation Programme Copernicus, Sentinel-6 Michael Freilich will contribute to improved knowledge and understanding of the role of the ocean in climate change and for mitigation and adaptation policies in coastal areas," said Mercedes Garcia-Perez, head of the Global Issues and Innovation of the European Union Delegation to the United States.

JPL will perform project management duties in line with the mission.