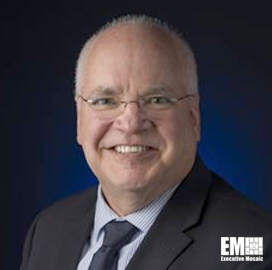 "Dennis brings leadership skills to this job that are critical as NASA enters a new era of exploration," said Bridenstine. "His experience in NASA's science and technology spheres and his continual pursuit of excellence will serve Goddard and the agency well as we work together to return America to the Moon and then to Mars."

Andrucyk has also assisted to streamline policies and procedures and reduce the overhead required for achieving the agency’s scientific goals. He has also created new processes for lower cost missions that ultimately increase SMD’s scientific return on investment.

He served as NASA’s acting chief technologist while working as deputy associate administrator between March 2010 and April 2015. In the role, he provided overarching leadership of Goddard’s Engineering Directorate. This 1300 civil servant organization represents 40% of the Goddard workforce and is supported by 2000 contractors.

He was also responsible for end to end engineering capability for all Goddard’s mission, spacecraft, instrument, ground system, and science processing developments for orbital and suborbital missions. He supervised the center’s engineering technical division, ensuring project technical capability and performance requirements are met.

"I look forward to working with fellow Terp Dennis Andrucyk in his new role as the director of the Goddard Space Flight Center. We are glad to have him back in Greenbelt," said Senator Ben Cardin of Maryland. "Strong, thoughtful leadership at Goddard is essential for its 10,000-strong workforce of employees and contractors, who play such an important role in the exploration projects that are at the heart of NASA."

NASA's Goddard Space Flight Center is a major U.S. laboratory for developing and operating unmanned scientific spacecraft. The center manages many of NASA's Earth observation, astronomy, planetary science and astrophysics missions. NASA's Goddard Space Flight Center in Greenbelt, Maryland, is home to the nation's largest organization of scientists, engineers and technologists who build spacecraft, instruments and new technology to study Earth, the sun, our solar system and the universe.