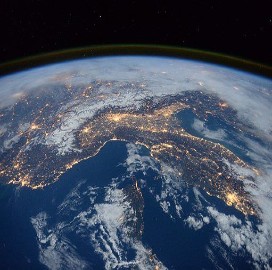 NASA has announced that 11 astronauts will join the agency, the administration announced on Friday. With the addition, NASA will complete more spaceflight assignments to expand future space exploration.

“They are the pioneers of the final frontier whose work will help fortify America’s leadership in space for generations to come. I am excited for the opportunities ahead of them, including landing the first woman ever on the surface of the Moon, and having the first boots to step on Mars,” said Sen. Ted Cruz, R-Texas.

The new astronauts have completed more than two years of required basic training and are the first to graduate since the agency announced its Artemis program, NASA’s new spaceflight program with the goal of landing “the first woman and the next man” on the Moon by 2024.

NASA will assign the astronauts to missions for the International Space Station and Mars. The Mars mission is projected to occur in the mid-2030’s. NASA will also experiment with sustainable lunar exploration within the decade.

“For generations, the United States has been the world leader in space exploration, and Johnson Space Center will always be both the heart and home of human spaceflight activity,” said Sen. John Cornyn, R-Texas. “I have no doubt the newly minted astronauts will add to that history and accomplish incredible things.”

The NASA astronaut candidates were chosen from a record-setting pool of more than 18,000 applicants. The administration has 49 active astronauts, including the 11 from the 2019 graduated class.

Report: China Eyes Lunar Base by 2028