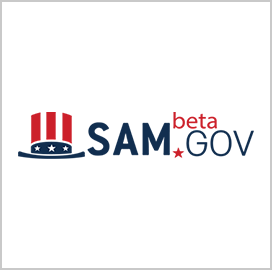 The General Services Administration has announced the transition of a federal system that allows users to view, verify and modify procurement activities. Reporting functions of the Federal Procurement Data System or FPDS.gov will move to the beta SAM.gov Data Bank by fiscal year 2020's conclusion, GSA said Thursday.

Those who use FPDS for ad hoc reporting are advised to review the attributes of saved reports. This information will serve as a reference if files would require recreation in beta.SAM.gov's upcoming ad hoc tool.

The government will only accommodate conversions for reports created on or before Jan. 31. FPDS.gov will still maintain its current functions following the transition. SAM.gov's beta will feature contract reports in the website's "Data Bank" section.