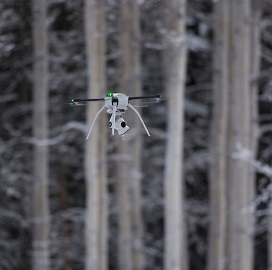 The Federal Aviation Administration has launched an investigation into drones that were spotted flying in Colorado and Nebraska, CNN reported Wednesday. Northeastern Colorado authorities have sighted over 16 unmanned aerial systems that flew 150 to 200 feet from buildings, people and controlled airspace.

Todd Combs, a Sherriff from Yuma County in Colorado, said in a Facebook post that the drones operate in compliance with federal guidelines but are making locals "very nervous and anxious."

Sen. Cory Gardner, R-Colo., noted in a tweet that he has coordinated with the FAA and is “encouraged that they've opened a full investigation to learn the source and purpose of the drones."

The FAA investigation comes after the agency announced plans to require remote identification for UAS seeking to operate within national airspace.