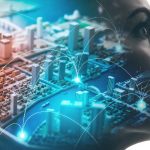 Work, who is also a former deputy secretary of defense, told attendees at a private meeting in Washington, D.C. that Directive 3000.09 “only pertained to weapons and weapons systems that were in existence in 2012,” and needs to be revised to include developments in AI.

DoD issued the directive in 2012 and added revisions in 2017. It covers guidance for developing autonomous and semi-autonomous systems that meet requirements for human judgment and lethality.

“The directive lays out this process for how the DoD should think through this kind of challenge and review weapons systems going forward,” noted Paul Scharre, a senior fellow at the Center for New American Security. “But it doesn’t answer this sort of overarching policy guidance about what is the Department of Defenses policy when it comes to autonomy and human control.”