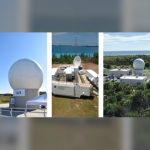 NASA has officially opened one of the three permanent ground stations of the Near Earth Network’s Launch Communications Segment that will provide services to support future space explorations including the Artemis moon landing mission.

The segment will combine information received from the connected ground stations into a single data stream to streamline the launch communications for crewed missions.