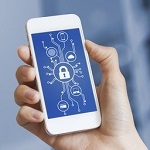 The FBI said FaceApp and other mobile applications originating from Russia may pose a counterintelligence threat, Bloomberg reported Tuesday.

In a letter to Senate Minority Leader Chuck Schumer (D-N.Y.), the bureau said Russia’s intelligence services can remotely access all servers and communications on Russian networks without seeking consent from internet service providers.

The letter is in response to Schumer’s July request for the bureau and the Federal Trade Commission to investigate potential privacy and national security risks associated with Russia-based Wireless Lab’s FaceApp, which allows users to alter genders and ages in photographic portraits.

“The personal data FaceApp collects from a user’s device could end up in the hands of Russian intelligence services,” Schumer added.