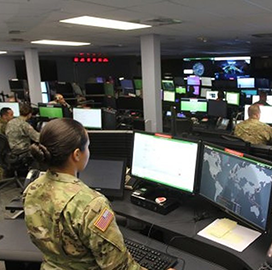 JCAC is a 27-week course in Pensacola, Fla., that offers fundamental cyber training to joint forces, while the tactical training phase occurs at Fort Gordon in Georgia.

Clair Koroma, a bureaucracy hacker at DDS, said DDS worked with a vendor and the Army Cyber Center of Excellence to come up with a course aimed at facilitating JCAC training within three months as part of the pilot initiative.

Koroma noted that DDS has handed over all materials to the Army Cyber School as the latter prepares to oversee the pilot training’s Phase III. “The plan is that eventually the 17Cs, [who execute offensive and defensive cyberspace operations], will come to Fort Gordon on inception and do their entry and mid-level training at Gordon. They will run this as the course for those soldiers,” she added.