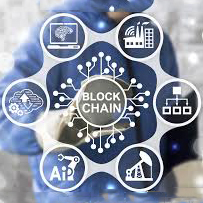 Digital Bazaar has secured $200K from the Department of Homeland Security's science and technology directorate to create a blockchain-based security platform under the Silicon Valley Innovation Program.

DHS S&T awarded the Phase 1 funds via the directorate's SVIP other transaction solicitation, titled Preventing Forgery and Counterfeiting of Certificates and Licenses.

The directorate is examining the potential of blockchain and distributed ledger tools to digitally process  credentials as part of security, interoperability and anti-counterfeiting efforts.