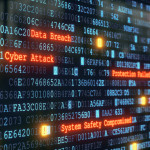 Jeanette Manfra, assistant director for cybersecurity at the Cybersecurity and Infrastructure Security Agency, has said that it’s unlikely that the agency could prevent a massive cyberattack similar to WannaCry in 2017, TechCruch reported Monday.

Manfra told attendees at a TechCrunch event in San Francisco that the rapid transmission of WannaCry attacks would make it difficult for the Department of Homeland Security component to protect thousands of systems.

“Updating your patches would have prevented a fair amount of people from being a victim,” she said. Marcus Hutchins, a security researcher and malware reverse engineer, previously developed a "kill switch" intended to prevent the attack from spreading.

WannaCry was reportedly executed by hackers associated with North Korea who used tools from the National Security Agency. Recently, DHS issued a warning for a similar attack known as BlueKeep, which has wormable properties and has the capacity to impact millions of devices connected to the internet.